The “neglected tropical disease” Zika hit the headlines in the summer of 2016 during the Rio Olympics and Paralympics. Agencies NBS and Posterscope Brazil developed innovative technology that transformed out-of-home advertising billboards into traps to eliminate the mosquitos carrying the disease. 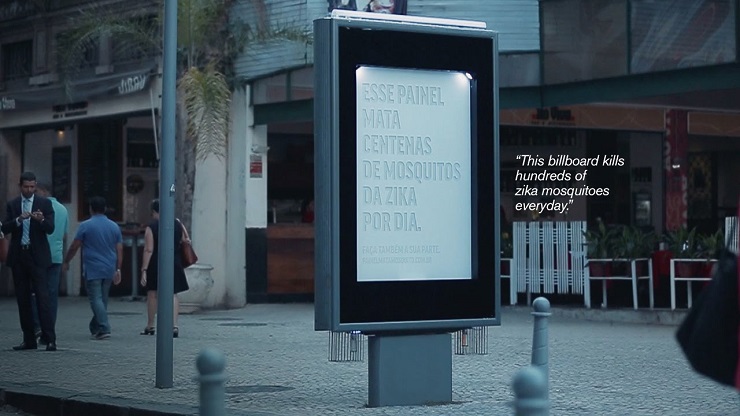 One of the goal targets in SDG 3 “Good health and well-being” focuses on “neglected tropical diseases”. Zika, as one of those communicable diseases, is no longer one of them: it came to global prominence when it was thrust into the spotlight during the Rio Olympic and Paralympic Games when the World Health Organisation (WHO) called it a “global emergency”. With athletes and tourists descending on Brazil, agencies NBS and Posterscope wanted to do something to tackle the source of the problem: the Aedes Aegypti mosquito, often a carrier of the disease.

Together the two Dentsu Aegis Network agencies combined forces to devise what might be one of the most innovative weapons against the virus: a billboard that not only raises awareness of neglected tropical diseases, but kills thousands of potentially harmful mosquitos at the same time. It was a combination of creativity and technology that really re-invented what advertising could do in the fight against the spread of communicable diseases.

The Mosquito Killer Billboard is an ingenious device which releases an airborne solution, attracting the Aedes Aegypti mosquitos from up to 4km away. The airborne solution contains lactic acid and carbon dioxide, to mimic the smell of human sweat and breathing. When the mosquitos are in the vicinity, a powerful fluorescent bulb combined with a fan than draws the insects in before finally catching them on the large white sticky billboard. Billboards that were located in and near areas of outbreaks of zika and dengue fever were chosen to be transformed into Mosquito Killer Billboards. 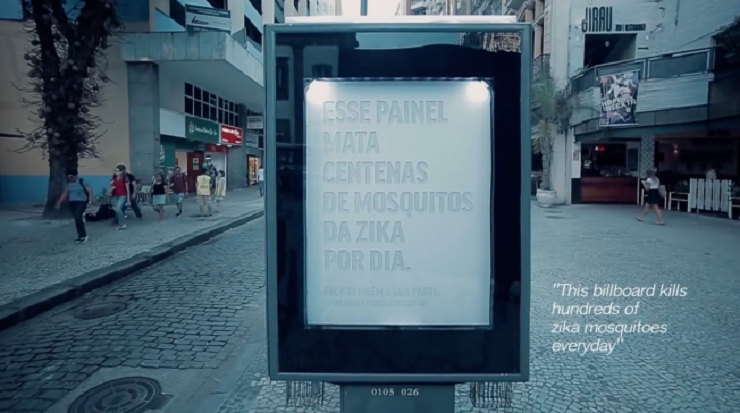 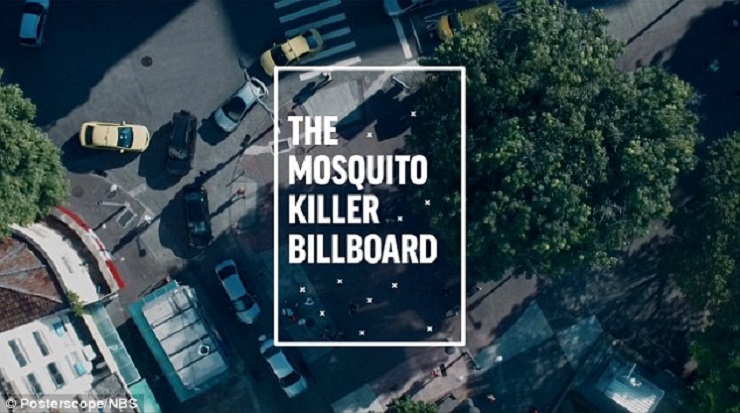 The billboards ran for two months at the height of Brazil's summer season, killing about 100 mosquitoes a day, and more than 30,000 of the pests overall. "The physical aspects of the OOH medium were transformed into an ingenious tool," said Boston University marketing professor Judy Austin. But beyond that, the agencies made the design of the billboard and the technology freely available online via the Creative Commons, with its designs downloaded 328 times in the first week. This encourages others to adopt the technology and use outdoor advertising infrastructure to permanently fight communicable diseases.

Otto Frossard, Strategy Director at Posterscope Brazil, said of the project "it is increasingly necessary to be relevant to people. We need to offer something of great value to capture people's attention as they walk through a media-saturated landscape. Presenting consumers with an immediate tangible benefit, especially when coupled with technology, tends to drive interest and engagement exponentially.”

The project captured worldwide imagination and was featured in dozens of international and national publications, featuring BBC News, Daily Mail, Huffington Post, Newsweek, Creative Review The Scientist, Telegraph, Adland, Engadget, Gizmodo, Wired, the Verge, Fortune, Stats News, Vice , Campaign, The Drum, Little Black Book , Uproxx, andAdWeek. In less than 10 days, the case study uploaded to the NBS YouTube site was viewed more than 100,000 times. And it won more than 30 awards including the prestigious Project Isaac Award for Innovation in the adverting industry and a Cannes Lions.