A key challenge for our modern-day veterans is the adjustment to life after they return from war. They are being thrown back into their home environments and expected to go back to living a “normal life.” This can result in unexpected feelings of stress, shame, and denial—for both the vets and their families. Our colleagues in the US developed a ‘world first’ innovative solution in partnership with National Geographic that leveraged meditation, but was tailored and relevant to their contemporary veteran community. 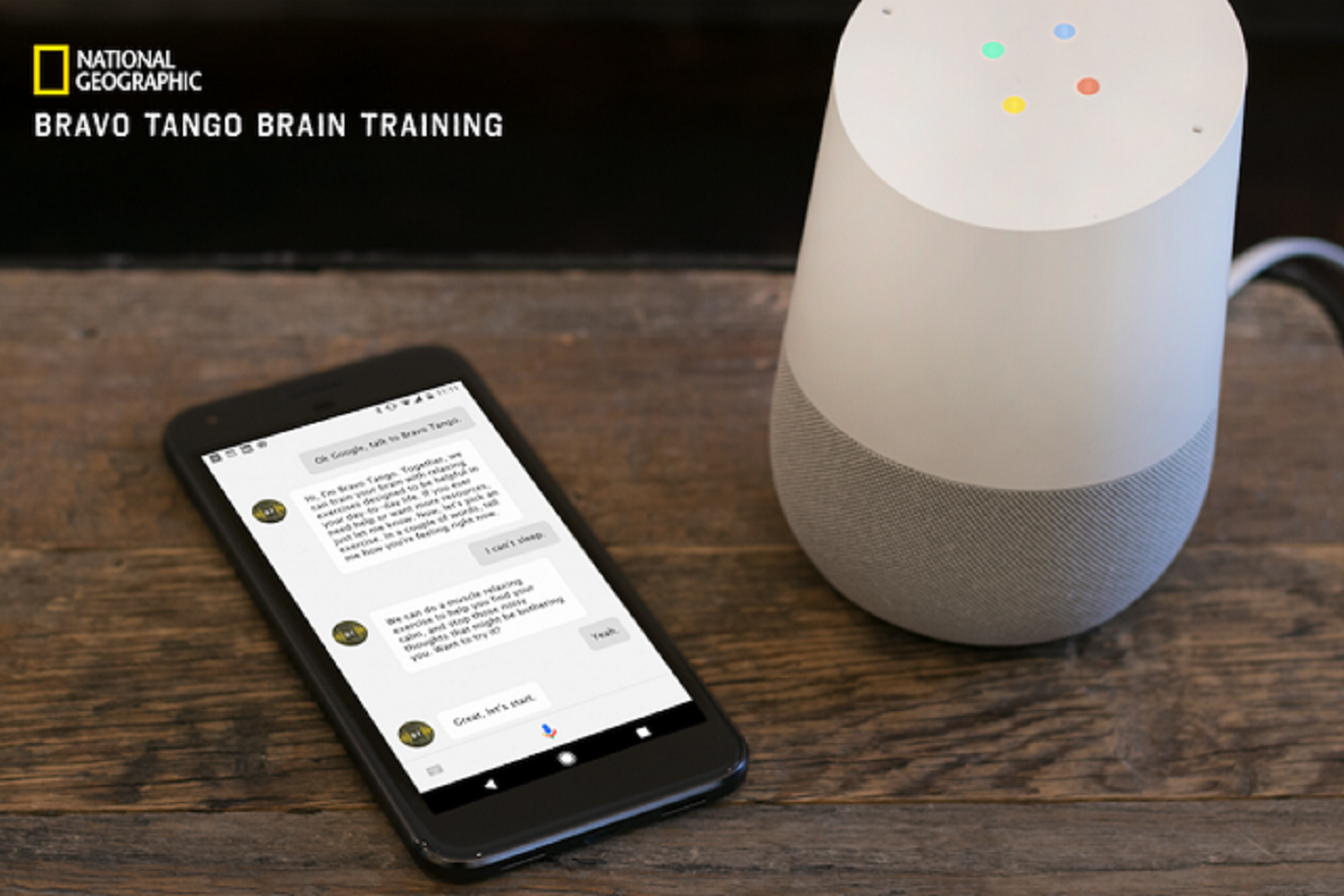 One of the main elements in SDG 3 Good health and well-being is the impact of mental health on people’s overall condition. Depression, for instance, has huge impact on general health and there were nearly 800,000 suicides worldwide in 2016.

Bravo Tango Brain Training was developed in partnership with former Air Force Psychologist and combat veteran Dr. Michael Valdovinos who specializes in military and veteran psychological health and has vast experience working with transitioning and reintegrating service members. “Many veterans are hesitant to try meditation and mindfulness because of societal stereotypes it carries in our community. In my practice, however, I’ve found meditation, mindfulness and voice therapy to be highly effective in reducing stress, refining focus and raising optimism. Bravo Tango Brain Training is a bridge to seeking help and brings a unique approach directly to the veteran community where we feel safest: our homes,” says Dr. Valdovinos.

To load the program, users of Android phones and Google Home devices can launch the app by saying “Ok Google, talk to Bravo Tango”. iPhone owners can do the same after downloading the Google Assistant app. The program recognizes over 40 moods, including anger, loneliness, anxiety, disappointment, regret, sadness, fatigue, fear and insomnia and pairs users to an appropriate exercise based on how they’re feeling. Exercises range from breathing, and focus, to grounding and visualization, even interpersonal connection and muscle relaxation. 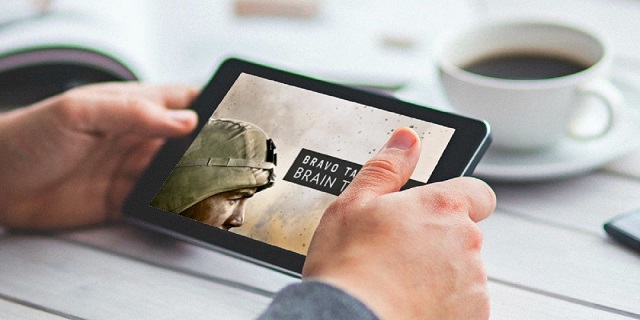 In producing their scripted series, The Long Road Home, National Geographic gained deep insights into the home life of veterans, ultimately realizing there was an opportunity to expand the impact of their stories. Inspired by the real-life veterans portrayed in the series, National Geographic along with 360i wanted to go a step further and do something to not only enhance mental health support for veterans and reduce barriers to seeking treatment, but also bring renewed attention to important veterans’ issues. As part of launching the series, the network has also partnered with numerous veteran’s organizations including the Bob Woodruff Foundation, Team Rubicon, Blue Star Families, The Mission Continues,Veterans of Foreign Wars, Global War on Terror Memorial Foundation, and the USO.  “We were so inspired by the real-life stories which The Long Road Home series was based on, and we wanted to expand our support with something tangible, useful and needed for the veteran community,” says Courteney Monroe, CEO, National Geographic Global Networks. “As we began to explore the veteran support space with 360i, it became apparent that many of the current wellness app options for veterans do not address their specific needs. Technological advances often leave veterans behind, and we hope we can do some good by providing this simple, but powerful technology.”

Members from across the veteran community have endorsed Bravo Tango Brain Training, including former US Secretary of Defense, Ash Carter who says, “For many veterans, returning home is the toughest battle they face. Supporting their mental health requires an all-hands effort. I commend Bravo Tango for leveraging innovative technology to make practical and comforting wellness steps more accessible to our men and women in uniform.”

The approach used in the app is supported by numerous studies, including those published in the Journal of Traumatic Stress, Military Medicine and the Journal of Clinical Psychology that have found breathing-based meditation intervention to result in reduced stress, anxiety, feelings of depression and slowed respiration rates.

Since the launch of the campaign, the Bravo Tango Brain Training app gained over 10,000 new users and the average time spent on the app in the first month of launch was 10 minutes. There were an estimated 405 million earned media impressions that followed from this campaign.